I saw first-hand “Diversity Gone Wrong” as a co-host on a popular radio & TV show in the US. I was unwittingly thrown into the world of DEI and I quickly became a student of common practices, language, benefits and obstacles.

I was brought on to be co-host of the “Imus in the Morning” show after the controversy surrounding radio host Don Imus’s remarks about the Rutgers University women’s basketball team. He wanted someone to help him have a national conversation about racism in America. As a nationally headlining comedian who had multiple radio hosting positions under my belt — and an educated Black woman — I was in a position to engage in that dialogue.

It was no small task for one person, let alone a radio and television show.

I put my life, safety and reputation on the line to help foster compassionate conversations on this topic and move America to a place of social healing. That was essentially my introduction into the world of diversity and I soon became enlightened as to how these conversations were happening across the country, in companies and at schools.

Not long after, there was another incident involving a Rutgers University student. A young man, Tyler Clementi, took his life by jumping off the George Washington Bridge after being outed by his roommate and other peers who secretly recorded him in an intimate situation. That story broke my heart. No one should feel that alone or isolated for whatever it is they believe sets them apart from everyone else — be it their sexuality, their ethnicity, their religion or their socioeconomic status.

The question I asked myself was, “How can I help? What can I do?”

I realized the tools in my arsenal were storytelling and humor — universal ways to bring people together. I initially designed a diversity program called Stereotyped 101 that blended humor, audience participation and personal stories to engage people on sensitive topics.

It has since evolved into INVERSITY™, the inverse of the word “Diversity,” which has divide/division at its root.

Division is exactly what we see happening when diversity is done poorly — that includes checking a box, wagging a finger or placing blame and shame. My goal is to take the division out of diversity by shifting the focus from what separates and divides us to what we have in common, how we can be inclusive of each other and become more introspective — understanding our value, our worth and our connection to humanity.

What I found was that people weren’t ready for the real conversations around Diversity because of their own hesitations, misunderstandings and egos.

Ironically, there was a surprising lack of “diversity” within the conversation about Diversity. We face the same situation today.

What are some areas where the typical DEI approach falls short?

So much of the traditional DEI approach seems to be about penetrating the mind from the outside, and changing the way somebody thinks, feels and believes. Instead, the goal of INVERSITY™ is to honor, recognize and celebrate all that we bring to the table — our background, our heritage, our identity — without letting those things completely run the show.

I am teaching people a new way to approach diversity, so this important conversation doesn’t end in a stalemate or create more division and vitriol. My approach empowers us to move forward. We may not leave a Keynote or Workshop holding hands and singing “Kumbaya,” but we can certainly develop a new level of respect for one another and gain the ability to see others as worthy humans who want the same thing that we all do: to be heard, loved, respected and valued. That compassion component is really what’s lacking in the traditional DEI work. We think this work is a two-way street when it’s actually a six-lane highway.

Along the way, I discovered a secret sauce…

Thanks to my unique background as a professional comedian, I found scientific studies that prove humor can positively affect learning, memory retention and motivation.1 (If you’ve ever dreaded a diversity training, you know just how important motivation is!)

With my INVERSITYTM work, I’ve harnessed this power of humor. What I love most is seeing the mind-shifts, epiphanies and transformations specifically around people’s relationships with their co-workers, families and friends.

Now with 30+ years of public speaking (I started when I was 15), 20+ years of performing stand-up and nearly a decade in the inner workings of HR at a global enterprise, I’ve created INVERSITYTM Solutions.

If I could do only one thing for the rest of my life, it would be to create brave spaces for people to re-evaluate how they see themselves and others—and reassess how they can authentically show up in the world.

INVERSITYTM does this by igniting conversations within organizations that have the power to change lives, create connections and strengthen relationships.

Are You Ready to Do Diversity Differently? 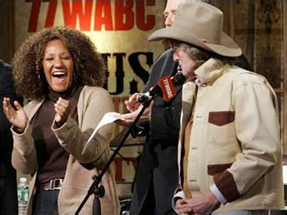 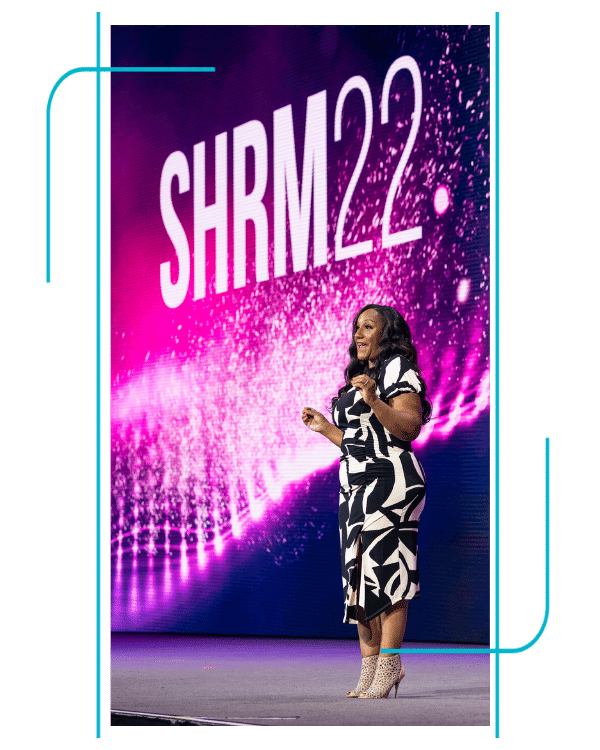 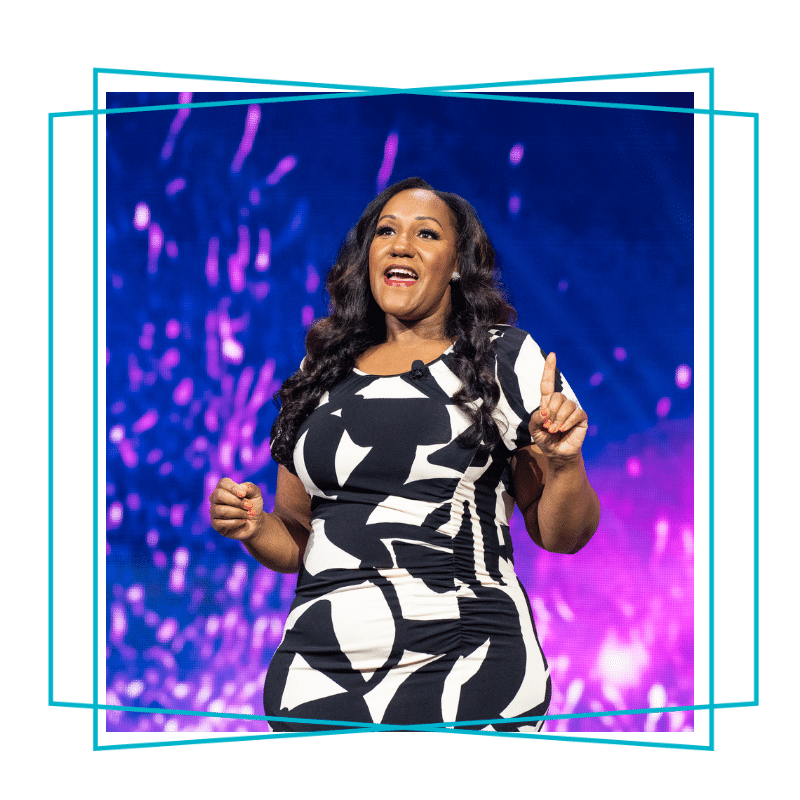 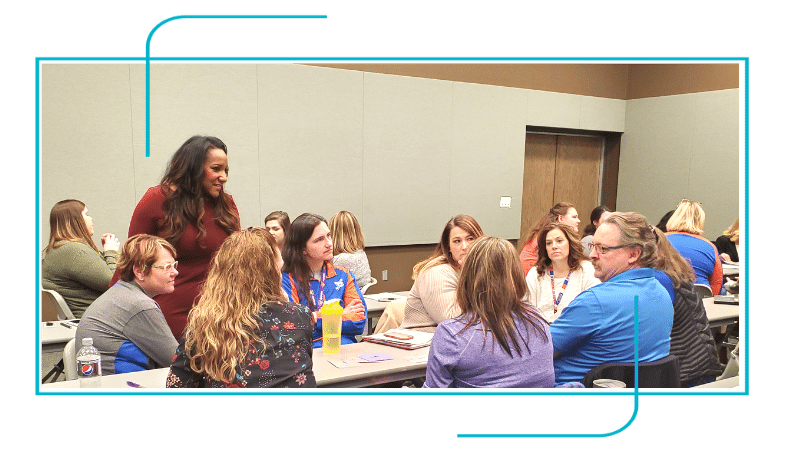 Karith Foster is a Diversity Engagement Specialist and creator of the groundbreaking INVERSITY™ methodology and other signature programs. She is creating a seismic shift in diversity and culture change in academic institutions, organizations and corporations across America. These new conversations are revolutionizing the way we address issues of diversity and leadership.

Karith brings the perfect blend of humor, knowledge and experience while conveying the ever-present need to address diversity, inclusion and effective communication. Karith leaves her audiences feeling engaged, connected, inspired and encouraged to commit to the journey of mutual respect, acceptance and a greater sense of belonging.

As a speaker, humorist, TV & radio personality, author, entrepreneur, wife, and mother, Karith is a positive force of change with her sense of duty, service—along with her riotous sense of humor. “If you can laugh at it you can get through it,” is her motto and the invaluable lesson she seeks to instill in others.

In addition to being CEO of INVERSITY™ Solutions, Karith is also the Founder of F.R.A.M.E the Foster Russell Alliance for Meaningful Expression a 501(c)3 non-profit, whose mission is to inspire free speech, inclusion, social change and empowerment through education and mentorship on college and university campuses.

Karith was featured in two hit documentary films “Can We Take a Joke?” and "No Safe Spaces" which have garnered accolades in The Washington Post and TIME Magazine, as has her TEDx Talk “The Art of Defying Stereotypes: Learning to be True to Your Voice.” Karith has also made appearances on Imus in the Morning, Fox&Friends, MSNBC, Howard Stern, Comedy Central, VH-1 and Oprah.

The words “no” and “impossible” are not in her vocabulary as evidenced by her career path, life challenges, chosen adventures and desire to help others.
Official Headshots

You are free to use the photo selects below for media coverage. Just click the individual images to download the high-res version. 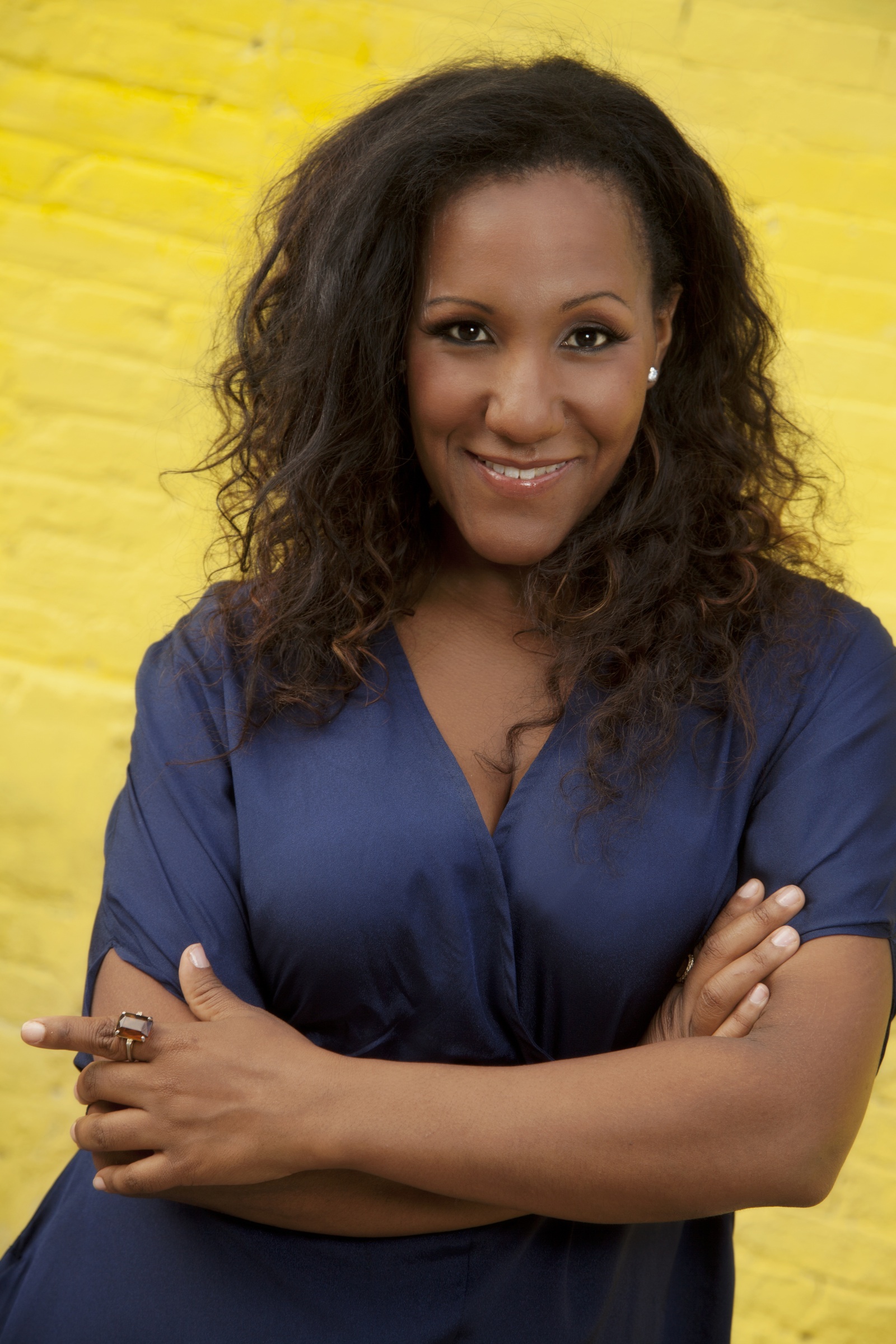 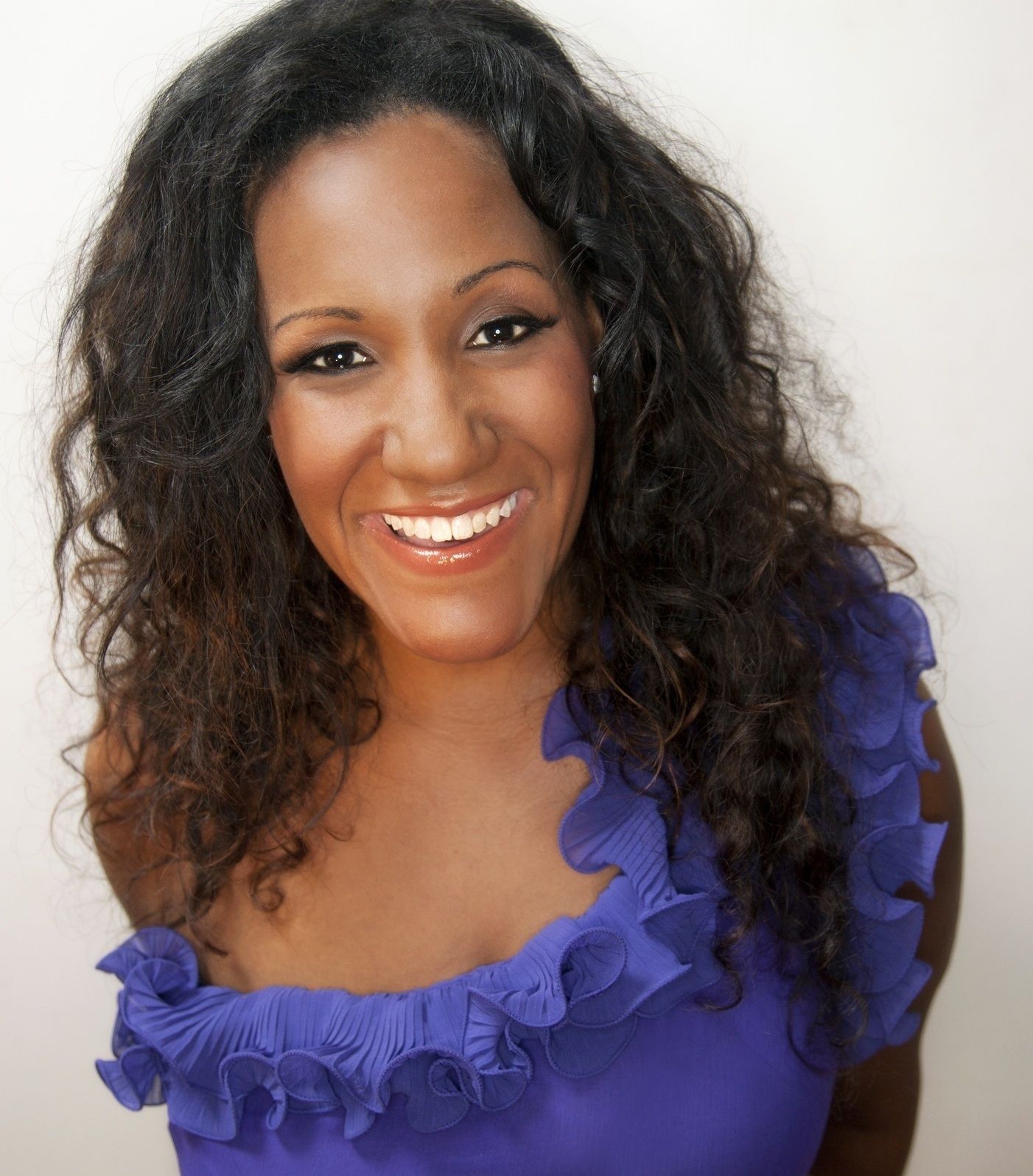 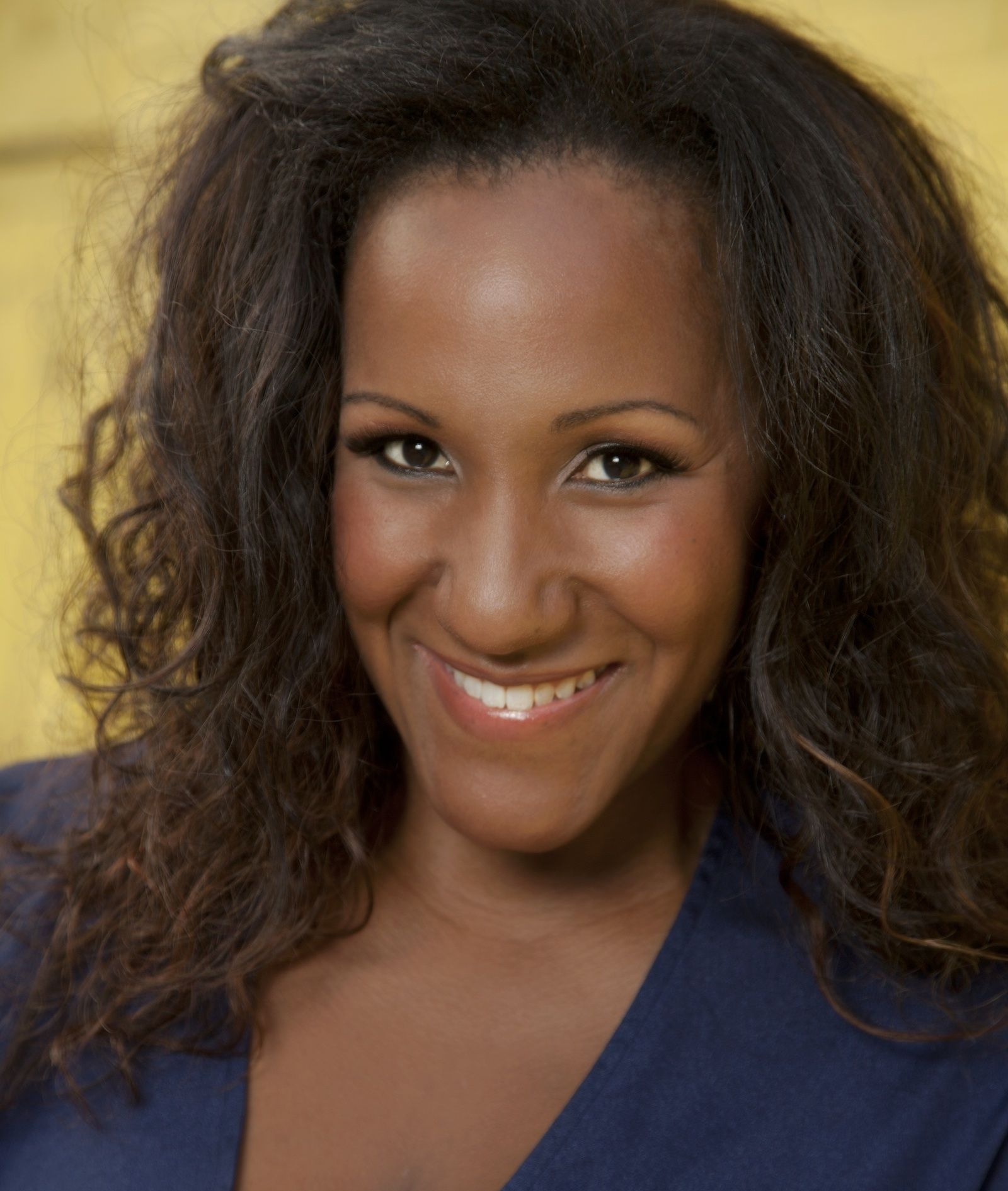 Humor Heals Division in the Workplace
This program showcases the importance and power of humor in business culture and how it can enhance genuine connections, increase productivity and manifest positive culture shifts.
Beyond Stereotypes: Inclusive DEI for the New Paradigm of Business
In this presentation, Karith uses the perfect blend of humor, interactive audience participation and heartfelt stories to engage her audiences while addressing the once taboo, but now in-our-face topic of racism and division in America.
Making the Shift from a Safe Space to a Brave Space
This presentation gives insight and understanding into navigating the world of political correctness in order to increase productivity, morale and innovation. By understanding it's not what you say (but how), this program educates participants on free speech, environmental awareness and conscious communication.
What Makes or Breaks an Authentic Connection
Having an authentic connection with others entails having effective, courageous, heart-centered communication in all areas of your life (home, work, social). This session helps participants to break beyond the surface level interactions to identify and nurture true connections.
Navigating Beyond Our Differences with Conscious Communication
This session acknowledges that we all have bias. The key to transcending the bias that separates and divides us is forming authentic connections and improving interpersonal communication skills. Participants will learn how to tap into these critical assets to catapult them beyond differences to environments of true inclusion and belonging.
Pivot to Your Purpose
Adjusting to new ways of life, working, learning and communicating since 2020 has become necessary. Explore why the “pivot” buzzword is so critical to our success and survival, both personally and professionally (and how to actually P.I.V.O.T.)
Shifting Leadership Standards with C.A.R.E.
When the stakes are high, leaders must know how to react responsibly and create successful interactions and relationships. This session teaches the building blocks of a healthy environment and a successful public image with C.A.R.E.: Conscious Empathy, Active Listening, Responsible Reactions & Environmental Awareness
Lessons in Leadership, Listening and Laughter
This workshop is a surefire recipe for reimagining leadership, active listening and incorporating humor into our everyday interactions. This session will reignite leaders’ passion for work, while arming them with extra tools to tackle responsibilities with grace and confidence.
You Are E.N.O.U.G.H.™
This high-energy, interactive presentation infuses positive psychology to cultivate growth and expose the pitfalls of the negative internal dialogues that create the obstacles that keep us from living our best lives personally and professionally.
You Can Be Perfect or You Can Be Happy
This poignant presentation not only reminds us that it is okay to be human; but grants us permission to embrace our humanity. By getting back to the B.A.S.I.C.S., Karith masterfully guides her audience through navigating the balancing act of life, work and social media in order to find happiness and peace in imperfection.
No Fear, No Problem: Releasing Fear to Free Ultimate Self-Expression
This session deep dives into how we can release habits, ideas, and situations that do not serve us and hold us back from personal and professional success. By releasing fear, we gain more freedom, confidence, knowledge and personal power.
The INVERSITY SolutionTaking the Division Out of Diversity Trainings
Visit the INVERSITY Website
Keynotes - Consulting - Workshops 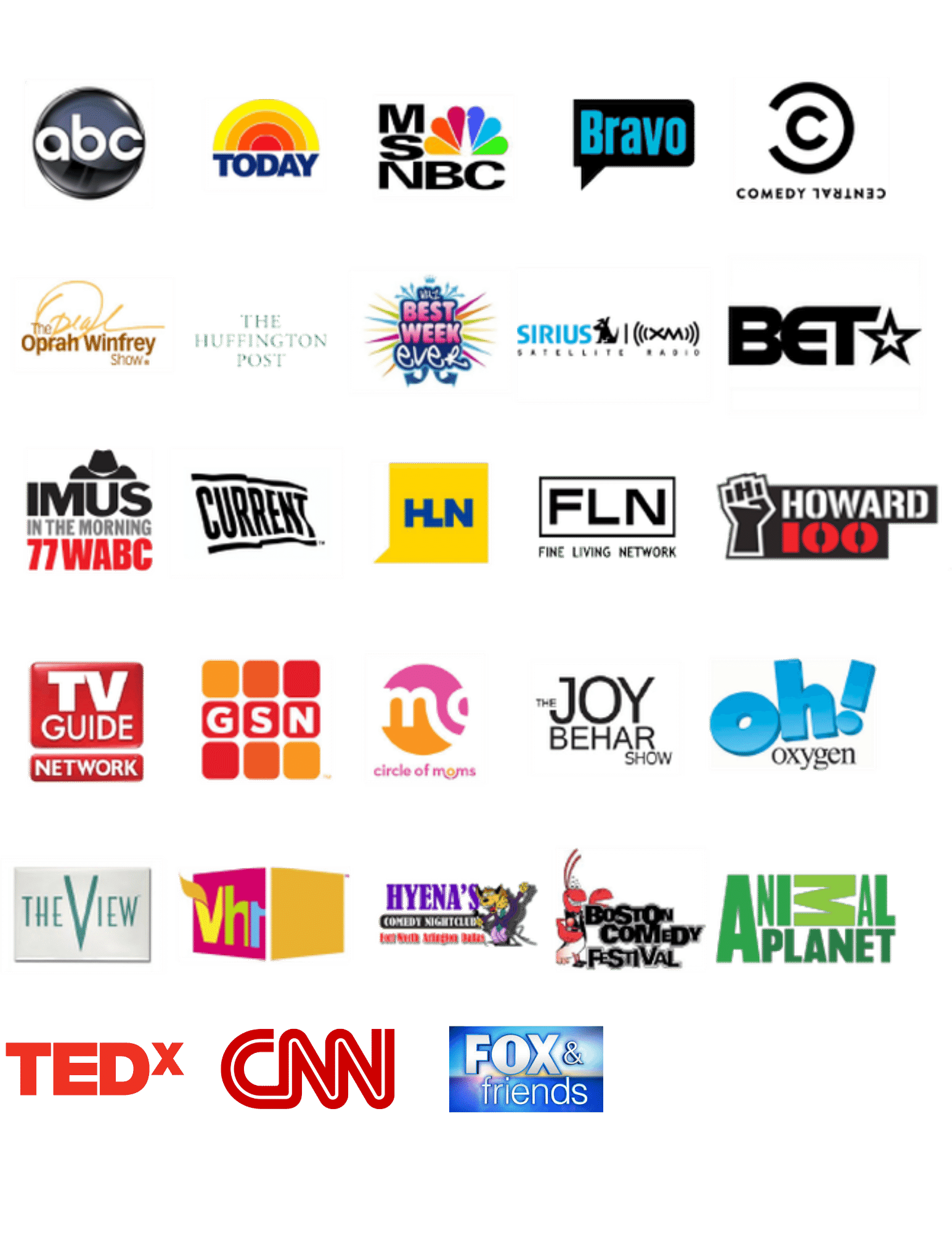 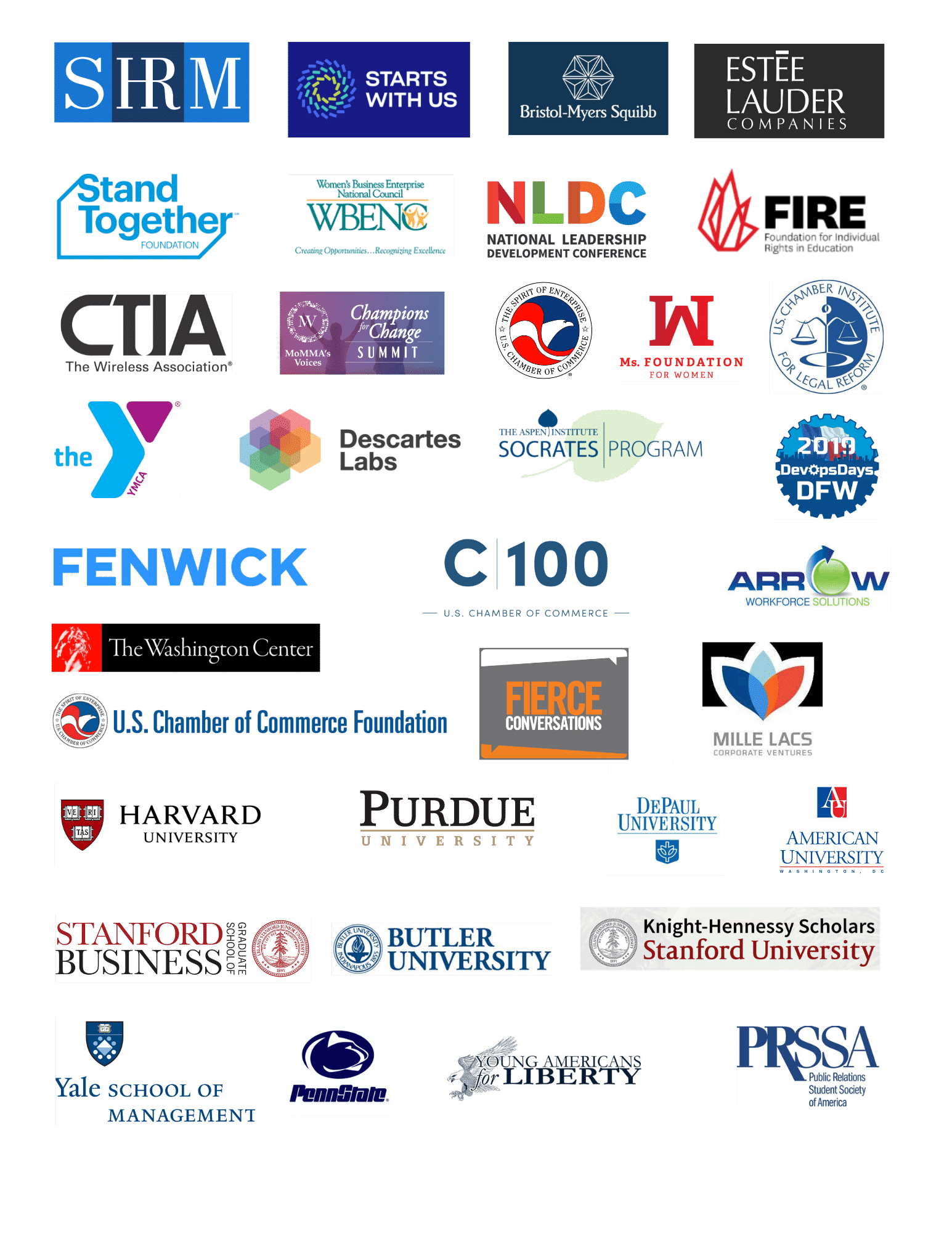